Large investments must be issued by educational institutions while implementing new technologies because of the need to train or to bring new trainer. The new technology that booming now in educational institutions
is a technology-based Open Source Software (OSS). With the investment for training and recruitment of teachers for the new technology sometimes does not always produce good output as a result of the rejection by the user, in this case students. This study aimed to analyze the dominant variables in influencing user acceptance in the context of mandatory used. Begins by reviewing the literature related to the OSS user adposi followed by formulating hypotheses to explain user acceptance of OSS’s implementation. Survey
needs to be done to test the hypothesis before softaware processed with LISREL 8.8 and SPSS 16.0. This study investigated the influence of Attitude Toward OSS System Use and OSS Symbolic Adoption referring to the voluntary mental acceptance of OSS. The model used in this study is the adaptation of the
TAM model developed by Nah et al (2004). Nine constructs covering OSS Ease of Use, OSS Usefullness, OSS Compatibility, OSS Business Fit, Shared Belief in the be nefit of the OSS system, facilitating Condition, OSS Self-Efficacy, Argument For Change and Personal innovativeness of IT is proposed as antesenden. The sample used in this study were 176 respondents wh o use OSS in degree program of STMIK Nusa Mandiri. Testing method used is Structural Equation Modeling. The results show that Attitude Toward Use System
have direct and significant effect on Symbolic Adoption of OSS, while the OSS Compatibility, OSS Business Fit and Usefulness indirectly affect significantly to the OSS Symbolic Adoption. 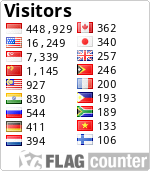 Not everyone has Scopus access to search for scientific papers. However, most students, especially doctoral students, are given access to Scopus, either in the form of accounts or access via campus Wi-Fi. There are many options after searching on Scopus, e.g., print, save to excel, and what is practical is saving in Bibtex form because […]

even though ArcMap requires a license, several universities make it free for students to use ArcMap, for example IPB university. So, ArcMap is still the mainstay of students in working on their thesis projects. One of the basic techniques in managing maps is clipping and dissolving. Because it is widely used for making study area […]